The House was built to last for hundreds of years but it stood for only seventy. It managed, however, to mark its place in history. Its name became synonymous with ghostly apparitions, poltergeist activity and terrifying phenomena that defied rational explanation.

The Rectory was constructed in 1852 opposite the Church. It was built as a replacement for a previous rectory which burnt down in 1841. The property had twenty-three rooms and was surrounded by five acres of land. Constructed using red brick, it’s neo-gothic architecture sat in stark contrast to the lush green trees and hedgerows that complimented the grounds.

A network of tunnels and vaults lie beneath these grounds but no-one knows who built them or the nature of their purpose. It is said that the Rectory was built on the same plot of land as a Cistercian monastery which existed in the Dark Ages, more than 500 years ago.

The disembodied cries of a young lady have been reported many times over the years and the ghostly apparition of a nun has been witnessed countless times over the centuries. The nun would walk across the grounds and then fade out of view.

One would expect, perhaps, to see the ghost of a monk because of the history of the monastery, but this apparently anomaly can be explained by a tragic story of forbidden love.

Legend has it that, in the 14th Century, an illicit affair took place between a monk from the monastery and a nun from a local Benedictine convent. The two of them planned to elope and settle down elsewhere in the country, at which point they would wed. But shortly after they had ran away, however, they were hunted down and were spared no mercy in the retribution they suffered. The monk was hanged and the nun was bricked up inside the monastery walls, while still alive, and left to rot.

But such a large family required bigger, and more suitable, living quarters and so this led to the addition of a new wing in 1870. Many sources state that Ellis and his family experienced strange occurrences from the outset.

The Reverend became fascinated by the bizarre phenomena and requested that a summer house be built overlooking a small stretch of the grounds where the nun was seen most often. The family dubbed this area “Nun’s Walk” and Ellis would spend many evenings, after dinner, sitting outside the summer house, cigar in hand, trying to catch a glimpse of her.

The ghostly encounters began to occur more frequently. Staff, and even guests at the rectory, would often be found in shock, and fearing for their lives, after seeing faceless figures peering at them from the windows of the main house. Suffice to say, servants rarely stayed for long.

Henry Ellis passed away in 1892, leaving the property to his son Richard.

On the 28th July 1898 four of Richard’s daughters were exploring the grounds when they caught sight of the nun about 50 yards from the main house. Curiosity got the better of them and they decided to try and talk to her, but to their complete shock, the figure simply vanished into thin air as they approached it.

The parish organist, Ernest Tucker, is on the record as saying that “apparitions had been seen on many occasions”. This was further supported by various people living within the vicinity of the rectory, who also claimed to have seen ghostly figures walking across the grounds.

Richard’s daughters would often see the nun making appearances in the daytime and evening. They also said they had seen a phantom coach on quite a few occasions.

Richard Ellis would remain at the rectory until his death in 1930. The lease then passed to Derek Tensing and his wife who moved in shortly afterwards. Already well aware of the rectory’s eerie past, the new residents were understandably apprehensive and it wasn’t long before this feeling was fully justified. One morning whilst cleaning out a cupboard Tensing’s wife discovered the skull of a young woman inside a brown paper bag. 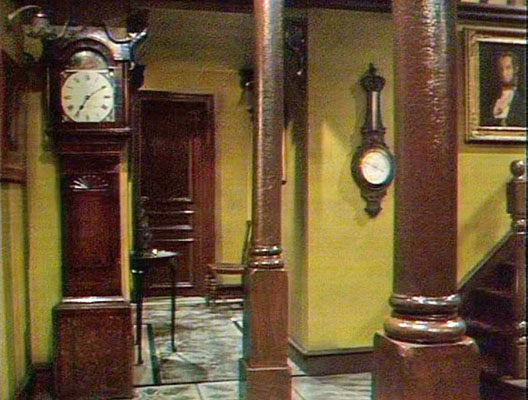