In the Old Days, working as a Government Scientist, I travelled around the country, often staying in temporary accommodation. This was well before mobile phones were in general use.

The Base Interest Rate was 18 per cent and inflation ran at 30 per cent. Health and Safety was talked about sometimes, but rarely enforced. There was a lot of left-wing politics going on but not much Political Correctness in those days. Even in mid-winter there was a complete absence of delicate “Snowflakes”.

Accommodation was obtained by just wandering around and chapping on doors. And so you never were quite sure what you were getting yourself into. Most of the places I stayed in were well off the beaten-track and the places I actually worked at were usually not even on the map.

Being a keen photographer, I always carried a camera around with me.

My monthly salary was £286; but my wee Minox German spy-camera had cost me £450. This meant I was stoney broke. And so I was looking for a cheap place to live while I starved for the next two months due to lack of funds for food and stuff. But, not to worry, I stumbled, literally, on a place which was only going to charge me £24 a month for a room.

I thought I saw someone, a dark-haired woman perhaps, peering out of the side-window of the big house and so I casually walked up the outside steps and rung the front door-bell. I rang it quite a few times but there was no answer. I waited a bit more and then turned around and walked back down the stone steps on to the pavement. Feeling a bit bemused, I was still half-looking back at the door, as I stepped back onto the pavement. As I stepped onto the street I inadvertently bumped into a young woman, who was gaily walking along, and accidentally knocked her pink suitcase right out of her hand. She was a blonde-haired, good-looking young lady, in her early twenties. And she had the most piercing blue eyes.

Her case fell open and the contents spilled out all over the street. I apologised for my clumsiness, and said I was sincerely sorry, but she gave me a scowl as I stared at her clothing and underwear lying on the pavement before me. No wonder she was upset I thought. Just at that point the door to the big house opened. I ran quickly back up the stairs again, towards the door, to announce myself as someone who was seeking accommodation.

The Dark-Haired lady at the door said to me that “your” room was beautiful and it should suit you “marvellously”. The lady was immaculately dressed and looked about forty-five years old. She spoke in a clear and refined voice.

“Your room is all prepared for you” she said, with a pleasant smile.

“For me?” I asked tentatively.

“Well, someone very like you” she said while fixing me with an intense look.

She didn’t ask for any references and didn’t even mention money. I said that I was “on a budget” but was prepared to pay £24 a week …

“£24 a month is just marvellous” she said “ I want you to be happy” She gave me the pleasant grin again. “You can move in right away”.

I carried my bags up the wooden stairs and entered the room. I pulled open some cabinet drawers and found a newspaper dating back to 1832 which spooked me a bit. However, when I opened a big storage cupboard I got a bit of a shock. The words “Help Me” were written in crayon, twice, in capital letters, inside the cupboard door.

In the room there was some kind of amulet dangling off the ceiling on a long gold chain. Lying awake in bed, in the early hours, on my first night’s stay I could hear strange creaking and groaning noises which I put down to just the sounds of an old house at night; that is, the wooden construction just expanding and contracting with temperature changes.

I had securely locked the bedroom door, from the inside, with my big key. But, in the dead of the night, I was becoming convinced that someone was rattling the door knob, or tampering with they keyhole, from the outside; perhaps there was someone standing in the hallway.

As I looked up at the ceiling I could see gaps in the plasterboard and I had the feeling that someone was looking at me through these holes. But you know what it is like when you stay overnight in a strange place, especially an old house of this nature; your mind can play tricks and your imagination can run away with itself as it feeds on the isolation you find yourself in. No TV; no radio, no phone, no other distractions, nothing to read… apart from a yellow newspaper from another time and age.

On my second night’s stay I, again, woke up in the early hours. I was looking around the room and pondering, when I heard a muffled, and torturous, screeching-sound coming through the wall. It sounded like someone, or something, was being strangled. Or it could have been somebody having a nightmare.

In the morning I was putting out some rubbish from my room, some food-packets and leftovers and the like. Outside in the backyard I removed the lid of a big metal dustbin. I was just about to put my poly-bags of rubbish into the bin when, to my horror, I noticed a dead cat lying inside the bin.

I began to notice that things were disappearing. Items of my clothing were being snatched away. Also, there was a hole in the wall, behind the pipes in the bathroom. Perhaps another spy-hole.

I could also hear, what sounded like, ritualistic chanting at times, coming from behind the door of a room at the top of the stairs. In my mind I called this the Dark Room. I suspected I was being primed for sacrifice, just like the poor wee cat. And I imagined it could well take place in that room. I was invited to a “drinks party” for the following evening but I suspected that I would be drugged and so I left the place that day, never to return. 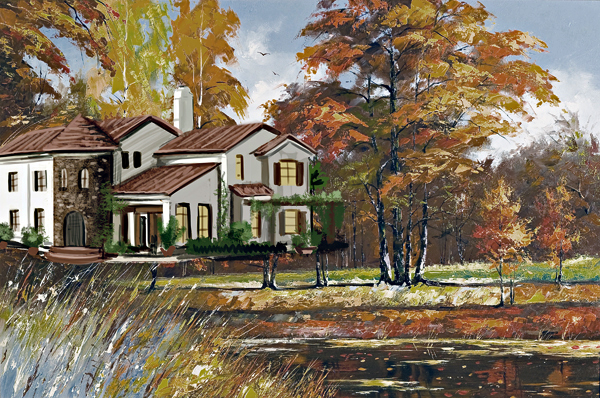