A new section of road was laid on the A41 to divert traffic away from a small town that was not that far away from Aylesbury. But, shortly after the building-work commenced, reports of strange happenings began to surface in the local community. The road became notorious for paranormal activity, but also for the many lives it would claim. This is a story about a haunted road

It was the 27th of November and the sun had long since sunk below the horizon. There was a tepid darkness all around. A glow appeared over the tree-line; the distant lights of a car, cutting their way through the darkness. A young woman was travelling home along the isolated road. She had been working at the local hospital. The clock on her car-dashboard read 2.15am. The young woman yawned, and glanced into her rear-view mirror. Then her car headlights danced off a road-sign ahead. There was an unusual combination of numbers and letters on the sign. She wondered why she even bothered to look into her rear-view mirror as it was all pitch black behind her. Nothing to see. The darkness made her feel very alone.

Common reports about this stretch of road is that Faceless Monks appear in the middle of the road or on bridges. Dancing children are often seen under the electric pylons in the middle of the night. Strange signs appear, and drivers report distorted times on their watches and clocks and disorientation and intense feelings of unease.

There have been 25 deaths on this short stretch of road. Usually solitary drivers swerving off the road for no reason. Many investigating Police personnel and Security Officers have left their positions or taken complete breakdowns. 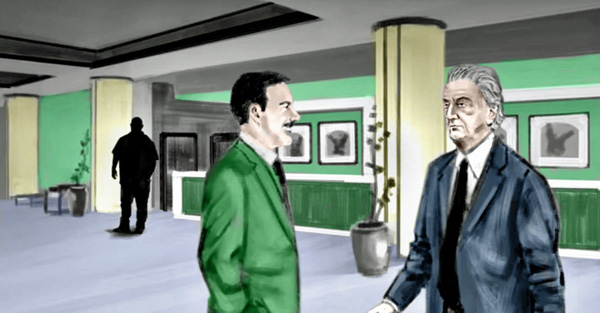