I was on a trip to the North-East, and I was cycling around on my pedal-bike looking for remote Standing Stones (marked on my ancient map). I would often come across rough tracks (ideal for a mountain-bike) that would lead me deep into the thick, dark woods, taking me well away from anyone.

Deep in these woods, on more than one occasion, I came across big circles in the trees (about 100ft across) as if someone, or something, had cut out a giant cylindrical hole from the top of the tree-line to the ground, which then formed a perfect circle on the surface of the forest. The trees all around me were lush and green but the near-perfect circle on the ground was charcoal-gray and barren.

I would stare, transfixed, at these cut-outs, trying to work out in my mind what could have caused them to be there as there were no other tracks leading to them in the dense foliage. It appeared that some sort of technology had been used in their creation.

The strange circles had an edge of protection to them because birds would clearly be repelled as they flew near. On closer inspection, no life appeared to exist, of any type, inside the circles; not even insects on the ground. But insects were all around me on the outside. Also, there was an almost imperceptible low-level humming sound too, in the air - like an electrical generator in the distance but with no apparent source.

Moreover, I sensed an undercurrent of menace when standing near to these circles that quickly became overpowering. I could handle this ‘vibe’ for only a few minutes before I felt an intense and primitive fear that compelled me to get away as fast as I could, lest I be abducted by some type of force that I could not begin to understand.

After returning home I decided to do some more research into the part of North-East Scotland that I had visited. I noted that there had been many instances of UFO sightings in the area over the years. For example, I discovered that in 2008 one of one incidents required the deployment of a team of special forces. These agents had travelled 80 miles from Aberdeen and arrived in unmarked buses (according to an eye-witness) in order to ‘deal’ with a particularly significant and unusual event that never made the mainstream or local news.

This 2008 incident involved an ‘attack’ by three glowing circular objects that swooped over the Beach at incredible speeds and this was caught on a camcorder. These objects demonstrated stop-and-start turning in mid-air, that cannot be achieved by any conventional aircraft. Also, five miles in the distance, along the beach, there was a large fire too, with a helicopter hovering over it and agents surrounding it. Some time later I visited the location of that fire. 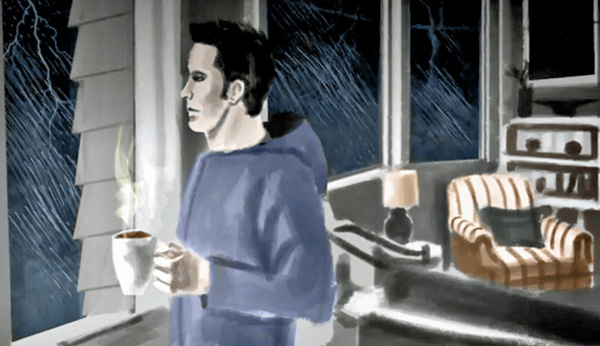