I found myself standing in this eerie graveyard at 6.15 in the morning. It was deathly silent as only a graveyard can be. Dawn was just about to break and the atmosphere was cool and misty. As I walked around I felt silky cobwebs brushing over my face and I could smell the damp earth under my feet.

I began to take a closer look at the unusual cross-like graves. Something peculiar was revealed. Some of the graves were from recent years, but some went way back, sometimes hundreds of years. Other graves were so old that I could not read their inscriptions. But the peculiar thing was that the people buried here were old men who had died at exactly the same age. They had all left this mortal coil at the age of 84.

Apart from one grave, that is. This grave had the inscription "Baby Petrie". I bent over and peered closer to see if I could fathom why this gravestone was different. And then I heard a whispering voice from behind me.

My heart leaped. I turned around to see a tall, hooded, figure standing right behind me. I hadn't heard anyone approach. The figure just seemed to appear out of nowhere. Under a long dark coat and large hood was the face of an old man. He was looking at me very directly. It crossed my mind that my number was up. (but I wasn't 84 yet I thought).

"It will be hard for you" he said.

I made a mental note at this point to stop hanging around in remote locations at six in the morning.

I kept my voice steady.

"Eh, sorry?", I said to the Hooded Figure. I know this was pathetic but it was all I could muster.

"Really?" I stuttered. I didn't know what else to say.

"Do you wish to enter?" the Old Man asked me…

And then another man appeared, and some more Hooded Figures. This Other Man looked “spaced out” of his head but super fit and lean like an SAS type with his close-cropped hair. He had a back-pack strapped to him as if he had been camping outside somewhere overnight. He came very close to me and stared right in my eyes and said, "We want you". His gaze was intense and his eyes were strangely hypnotic as if he was under a spell or in some sort of a trance.

I ran. They chased me.

I certainly wasn't hallucinating. I had felt the SAS man's breath on my face ... and his desperation. I ran as fast as I could over fields and walls and fences until my legs were burning hot, and my heart was ready to pop, before I collapsed of exhaustion on the ground. I think I must have covered 3 or 4 miles in my running fear. And I never looked back once.

I looked up now and fully expected to see a bunch of crazies ready to pounce on me. But there was no-one; only deathly silence (again). 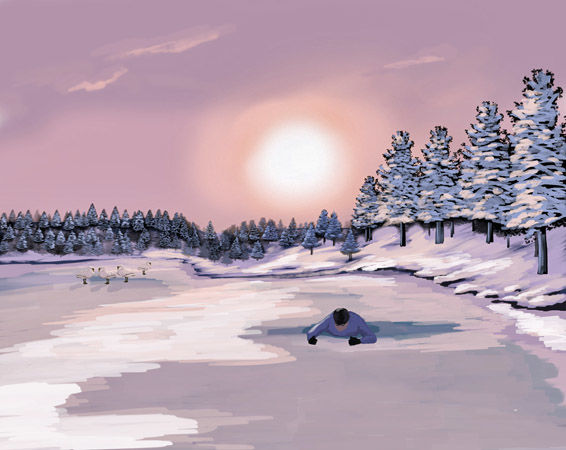